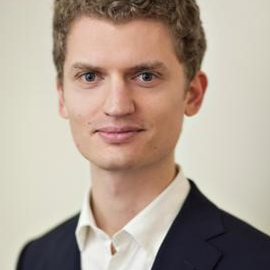 Robert McLaren is Head of Health and Accessibility at the think tank Policy Connect and manages the All Party Parliamentary Group for Assistive Technology.

“Thank you again for the opportunity of the AT Scholarship; as you see from the detail below it has been a tremendous success!”

I was delighted to take part in the AT Scholar programme this year, attending the ATIA Conference as an online webinar series. I won’t say a trip to sunny Orlando (the usual setting for the conference) would have been unwelcome, but the move to online allowed many more Scholars to take part this year – and for me learning from my fellow AT Scholars was one of the great benefits of the programme: you can read their reflections on the conference , including those of my colleague Clive Gilbert.

In my own notes from the conference, I would like to focus on the session ‘Changing Expectations in the Classroom: Room 107 Does a 180!’ – a session that typified the value I got from being a delicate. I’ve been using AT myself since my early 20s, for reading and writing (I’m dyslexic), and my professional background is first as an AT practitioner working with university students and people in employment, and now as a policy professional specialising in AT. As such, one of the gaps in my knowledge is a practical understanding of how AT is used in schools and colleges – particularly AT used by children and young people with more complex needs. It was therefore a hugely welcome opportunity to engage in this session which presented a narrative study of how one group of learners in America began with significant and complex speech and language needs.

The study focused on one class (Room 107) where learners were already using some low tech AAC (alternative and augmentative communication) and some simple AAC (such as recorded messages played on a ‘Big Mac’ device). The narrative showed how the practitioners and learners embarked on a significant project to develop the practise of using more complex and high-tech AAC.

I was first interested to see how the study presented a multidisciplinary team of teachers and therapists, and how practitioners engaged parents in the project – echoing the findings from the I-ASC project which was presented at an APPG for AT meeting in late 2019. I was also prompted to reflect on an APPG for AT session we held on AAC and literacy, as this was a key aspect of the project studied in the webinar; the teachers and therapists of Room 107 expressed that they were originally unsure how realistic it would be to work on literacy with their learners, yet learners soon embraced, and excelled in, this type of communication.

More broadly, a key interest of mine in the study was hearing from children and young people who were not yet confident users of high-tech AAC. In my policy work I tend to meet with AAC users who are champions and advocates of the technology, and such advocates tend to be confident users themselves. It was important for me to witness interactions that involved low-tech and simple AAC and see how the learners and teachers value these communications, even as they explored more high-tech options.

A central theme of the study was ‘creating a positive communication environment’ where teachers and therapists respond to ‘communication attempts’ even where such comments might seem to be ‘coming out of left field’ (a nice American phrase!). For example, during a conversation about a book that’s being read, a learner might want to offer thoughts about other things going on in their lives, such as a trip they took. Responding positively to these contributions has a practical benefit and encouraging communication; it also struck me as an example of the AAC ethic of valuing communication that falls outside of narrow expectations or conventions. (If you'll indulge me in an aside, one of my favourite papers in the philosophy of languages ‘Scorekeeping in a Language Game’ which explores how one contribution to a conversation can shift the context in which subsequent comments are made and understood – what’s going on in class Room 107 is that everyone, not just the teachers, get to shape what the conversation is about).

A final point of significance from the study relates to Covid-19 and the consequent school closures. I know from my conversations with practitioners of the ‘summer holiday effect’ where AT users who aren't able to access tech at home get rusty over the summer break – and I fear an even bigger setback for those who lost AT access during lockdown. Yet for the learners in room 107 there was an unexpected positive from home learning: because they did have access to their AAC during that time, they were able to show their families and family members gained greater familiarity and confidence with the technology.

The DfE’s AT Expert Group, recently held a workshop which addressed questions around AT and the lockdown in this incite helped inform my participation within that policy forum.

I would like to conclude by thanking the AT scholarship programme, and ATIA and Inclusive Technology for making it possible. I believe strongly that policymaking in my field must be grounded in the real world experiences of those who use AT, and this conference has helped enrich my understanding in just that way.