“There is an Assistive Technology (AT) Renaissance happening now...”

I know it has never gone away – remaining quietly, in the background behind the growth in profile of AAC when even Government Ministers are using those three letters, the broader field of Assistive Technology has continued to evolve. However, right now – there is a genuine desire at many levels to understand and develop the uses of Assistive Technology in order to support communication and learning and to enable independence.

Maybe it has been helped by the establishment in early 2017 of the All Party Parliamentary Group for Assistive Technology (APPGAT), which continues to expand and amplify its impact? Or maybe it is simply that the reality has kicked in that there is so much AT out there and so little infra-structure to connect it to the people who need it. 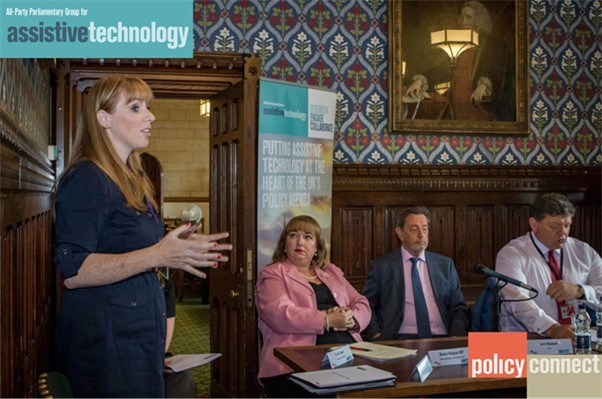 Angela Raynor MP who was in at the start of the APPG with Sharon Hodgson MP, Lord Blunkett and Lord Addington.

Whatever the reasons are for the profile of AT rising in our World, I am delighted it is and I want to get within this momentum to help push it forward. So, the privilege of being announced as the first British AT Scholar at last year’s Communication Matters’ AAC Awards has been, for me, an aligning of the stars. I have worked in the field of AT / AAC since the early 1990’s first as a teacher of children with severe and complex learning disabilities and ever since then as the Head of ACE/Access Centre.. Ace Centre-North.. now Ace Centre, which is a national charity providing AT and AAC assessment, training, information and equipment management services. During this time, I have seen many AAC / AT-related national initiatives come and (some) go, such as..

• Blue File software that was open source, created by and for teachers of children with SEND and which led to the development of access devices that are still in use in schools today

• NOF / TTA ICT Training for Teachers of children with severe and complex needs Programme, which ran from 1999 to 2003 and was hailed as the most successful part of the whole £230 million NOF/TTA initiative

• CAP – The DfE-funded Communication Aids Project that ran from 2002 – 2006 and provided assessments and equipment for children with verbal and written communication needs. This made a huge impact on the use of AT and AAC in schools and – during its time - increased the professional development and knowledge of the education workforce… until it ended and there was no sustainability built into the project to manage this.

• The DH and DfE-commissioned 2007 Bercow Review of Services for Children and Young People with SLCN that placed a spotlight on the lack of skills, knowledge and funding for Augmentative and Alternative Communication across the country

• The DfE and DH response to the Bercow Review: “Better Communication Action Plan” that supported the role I took on as National AAC Coordinator in support of the work of the former Communication Champion that informed on the decision by NHS England to commission specialised AAC services with an annual recurrent budget of £15 million for AAC equipment and services

• The 2009 £240 million Home Access Project that provided technology to support socially disadvantaged children and young people’s learning out of school, of which a significant number needed AT to support their access to the equipment provided

• The 2014 announcement of commitment by NHS England to directly commission national specialised AAC services across their ten specialised commissioning regions.

We must learn the lessons of history, which from my perspective are that there is a need for ongoing professional development opportunities about what AT is available and who can benefit from it, improved AT equipment procurement and management and evidence of the impact of AT on learning, independent living and quality of life. 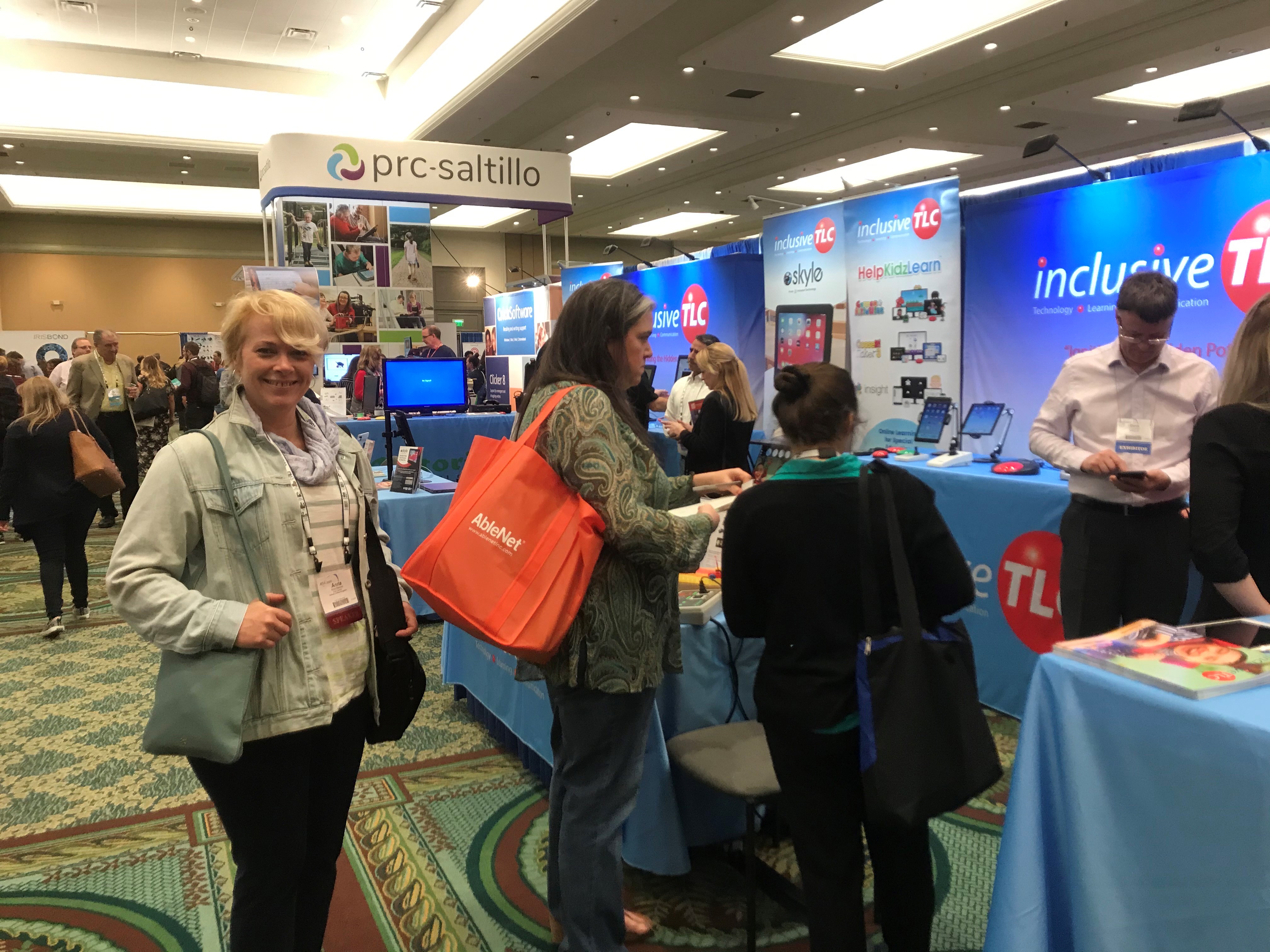 Here I am in the busy ATIA “exhibit hall” browsing 120 specialist AT exhibitors including Inclusive TLC, the American offshoot of Inclusive Technology.

And there is no better place to look for answers to these questions than at the Assistive Technology Industry Association Annual Conference in Orlando, Florida, USA. This event brings together 3,200+ attendees to visit more than 170 exhibitors and over 300 education sessions and presentations relating to the applications of the field of AT on the international stage. As the recipient of the British AT Scholarship, I was privileged to attend the ATIA 2020 and to learn from around the World about the field of AT and its applications. So, this is what I learned…

AT on the international stage
Attendees, presenters and exhibitors contributed to the ATIA from many countries. Whilst the biggest representation was understandably from the USA, the event attracted presentations from Giants in the field of AT and AAC. Carole Zangari, John Costello, Gayl Bowser and Caroline Musselwhite to name a few…

AT services
There was much to learn about how AT – and of great interest to me – AT services are established, developed, delivered and evaluated. In the USA, there is a legal requirement for every State to have AT services in place for anyone of any age in any context who may benefit from AT. However, unlike, for example, specialised AAC services in England, there is no specification for their AT services, which means that the services that are provided vary massively. The wonderful Gayl Browser gave me a copy of this book to take back to England. It is a fantastic toolkit of resources to assist with the AT assessment process in schools and available for you to see at the Ace Centre.

AT research
One of the best sessions was an overview by Dave Edyburn from the University of Wiskonsin-Milwaukee of the latest international research in special education technology and its uses, which you can see here. What else can I add?

AT training
Online AT training is in abundance! There is so much out there now that it is difficult to know where to start. However, I do like this resource, which is a contributory site and is full of links and summaries of online content and training related to AT for learning. And whilst it is not new, this is a reminder to us all about what good AT training looks like. The ATIA is an accredited International Association for Continuing Education and Training Provider. Many people attend the Conference to learn and to get Continuing Education Credits as well. Now – there’s food for thought…

AT products
So – this is where I rely on my colleagues. Ace Centre is doing an ATIA 2020 highlights AAC-Info e-newsletter. To find out more, register to receive it here. 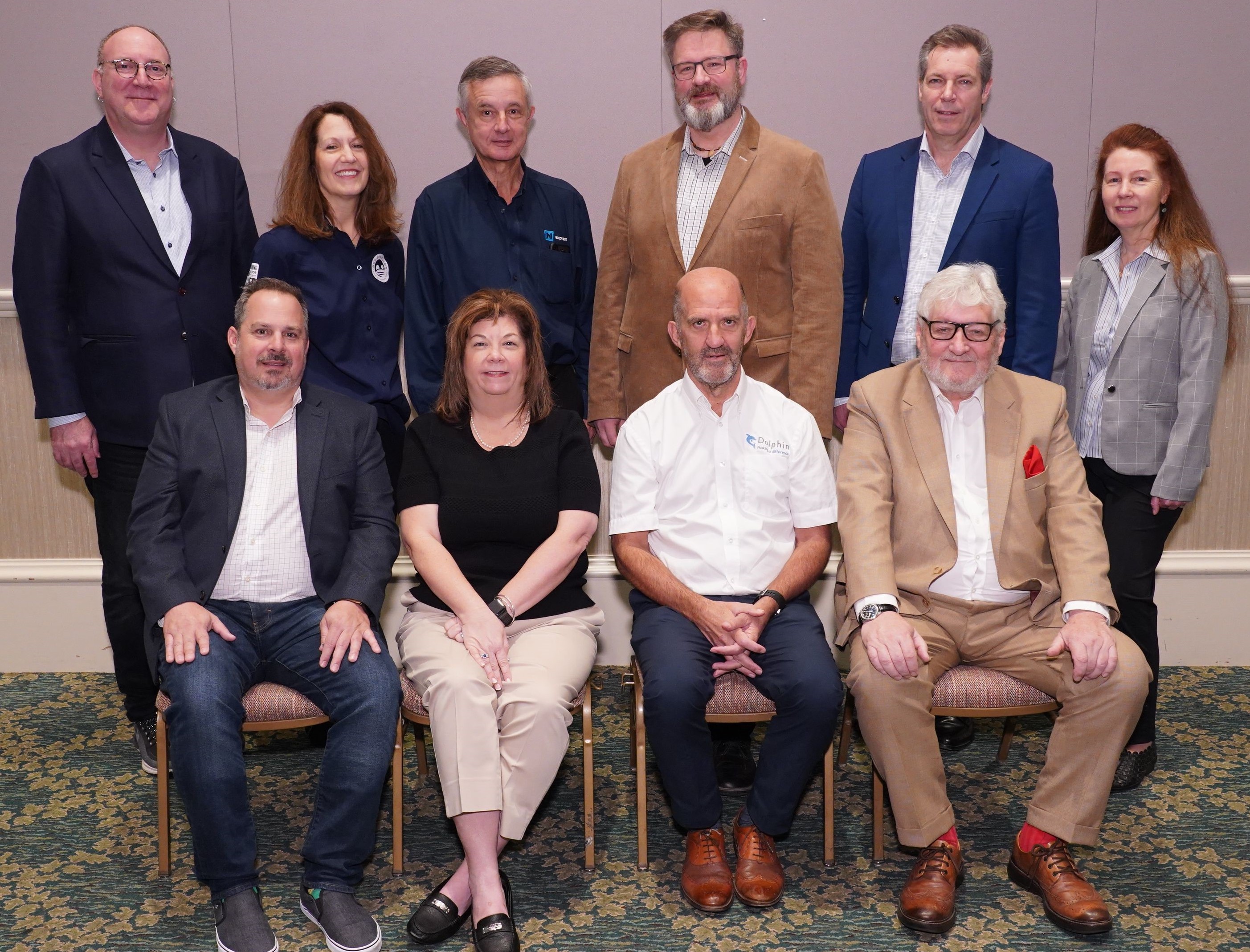 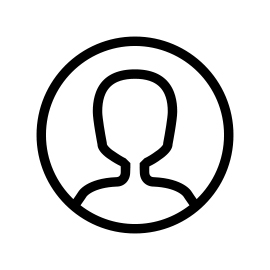 And our first Scholar is …